Welcome to the opening of a joint exhibition by Charles Liquor, Ray52 & Superflinda! Refreshments and small snacks will be served.

After the opening, the exhibition can be explored during the opening hours:

Charles Liquor has painted since the 90s and he has done thousands of graffiti pieces in Finland and abroad. He combines several techniques in his work and gets inspiration from urban spaces, graffiti and punk posters. Charles Liquor’s works are flashy and colourful like his style in general.

Ray52 began painting graffiti in 1986. He has a master’s degree from Visual Arts and he has worked both as an artist and a teacher in different art schools. His exhibition at Pasila Urban Art center is, in a way, a return to his roots: the exhibition combines pieces that are painted directly on the wall as well as on different canvases, creating an interface between the two forms. The art installation is based on Old School graffiti, but it also has references and notes from other visual cultures.

“Kuplaset” is a 28-letter alphabet with a lot of personality. It’s a bubble-alphabet which is a letterstyle made from soft and round letters. The alphabet is the first whole alphabet Superfinda has made. The letters are sketched by hand, vectorized, cut into shape from plywood with laser, sandpapered and then painted. The pieces are sold individually.

Superflinda is an artist, graphic designer and illustrator. Script, typography and highly contrasted colours are usually the center of Flinda’s art. She often works with traditional signboard techniques, but her background in hip-hop can be seen in everything she makes. Her work has been exhibited around Europe and even in Brazil and China. 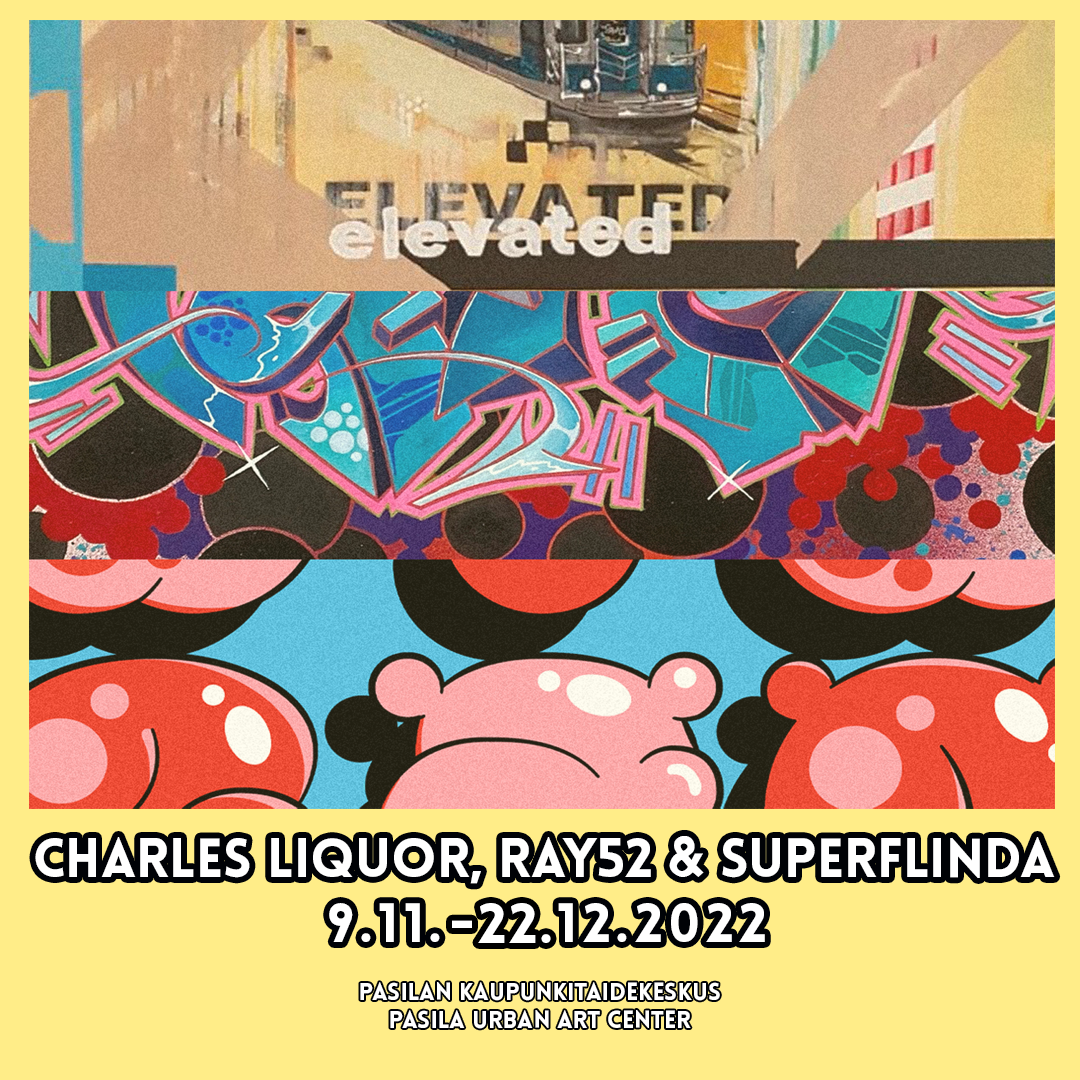