The mural on the courtyard wall of Ebeneser Foundation’s kindergarten is done together with street artist Essi Ruuskanen, Kindergarten Museum and kindergarten Ebeneser. The mural is inspired by the games and creativity of the children in the kindergarten.

Children’s stories of the best playgrounds and games, ambiguous treasures found during trips to the nature as well as drawings and adults’ perceptions of the children’s games were the starting point for the design of the painting. Essi designed the mural based on children’s thoughts and tales. While painting Essi still listened to children’s wishes and ideas.

The mural was mainly done while children were playing on the courtyard when they were able to follow the painting process.

Most of all the mural was intended to be an extension of the children’s imagination which adds a new dimension to children’s games and from which children can benefit in many ways.

The mural was implemented with the innovative grant of the Finnish Heritage Agency which was granted to Kindergarten Museum as a part of a larger “Wivin puistikko” project, which explores the involvement of children in the design of a functional urban space in the role of an experiential expert. 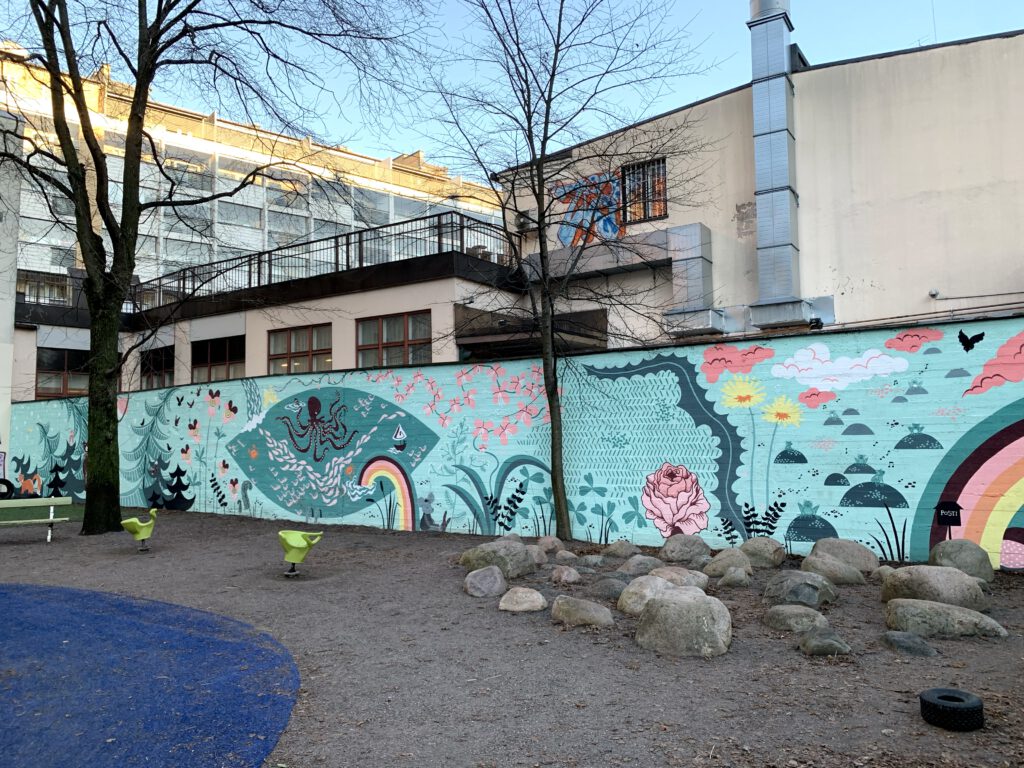 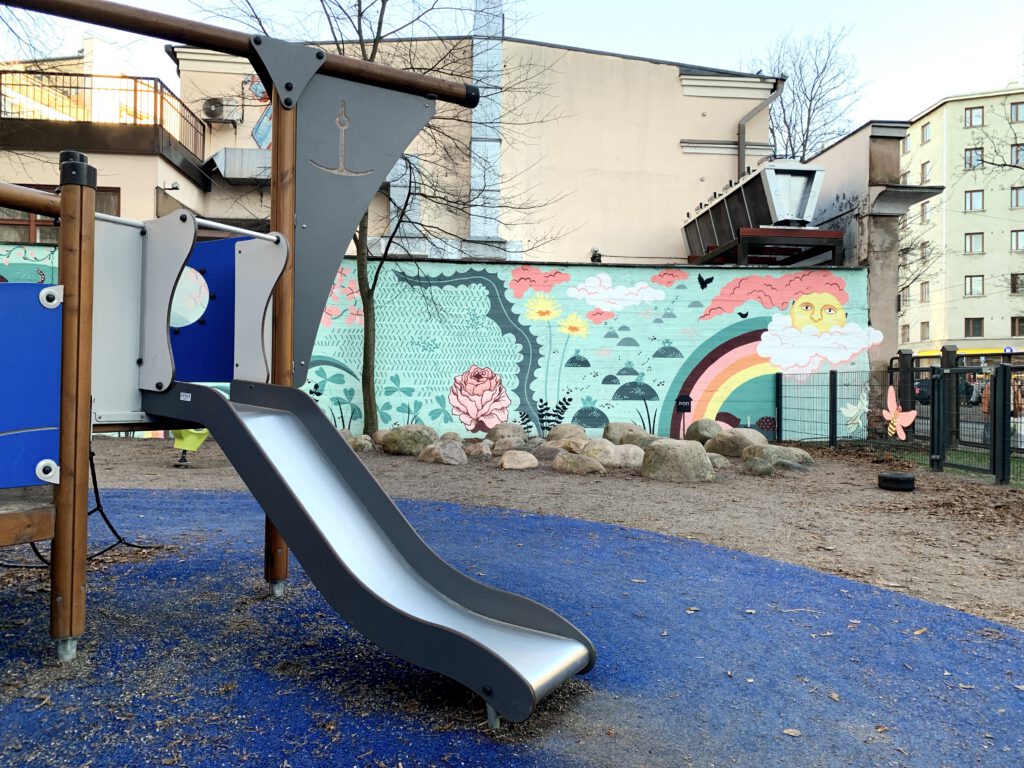 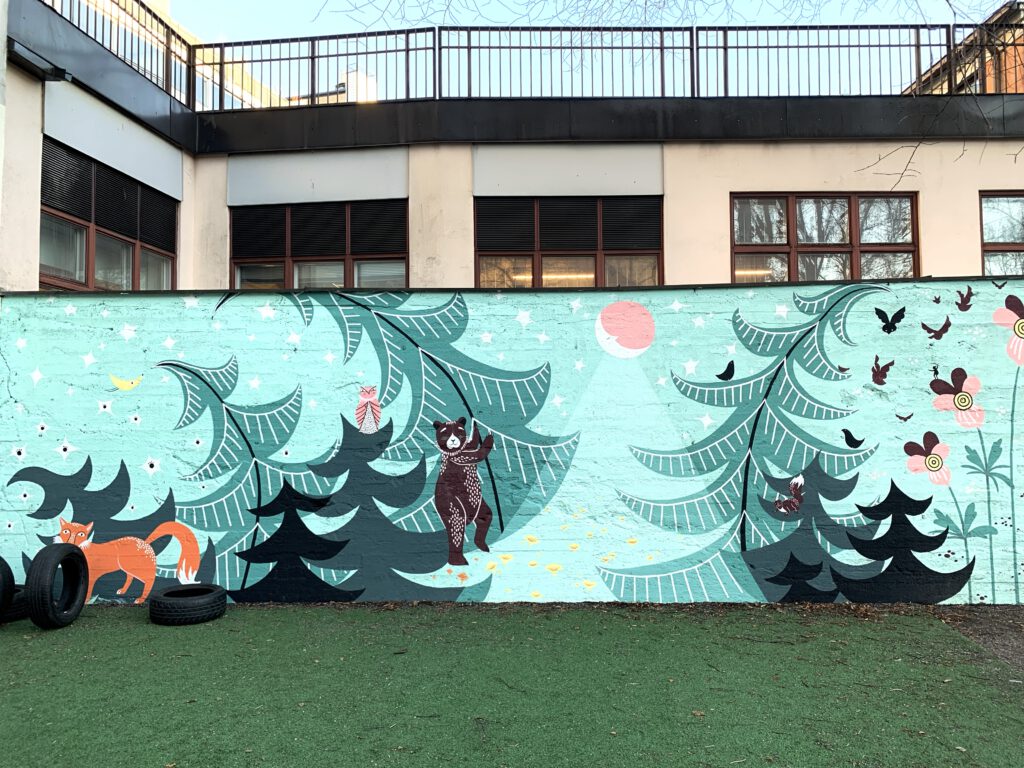 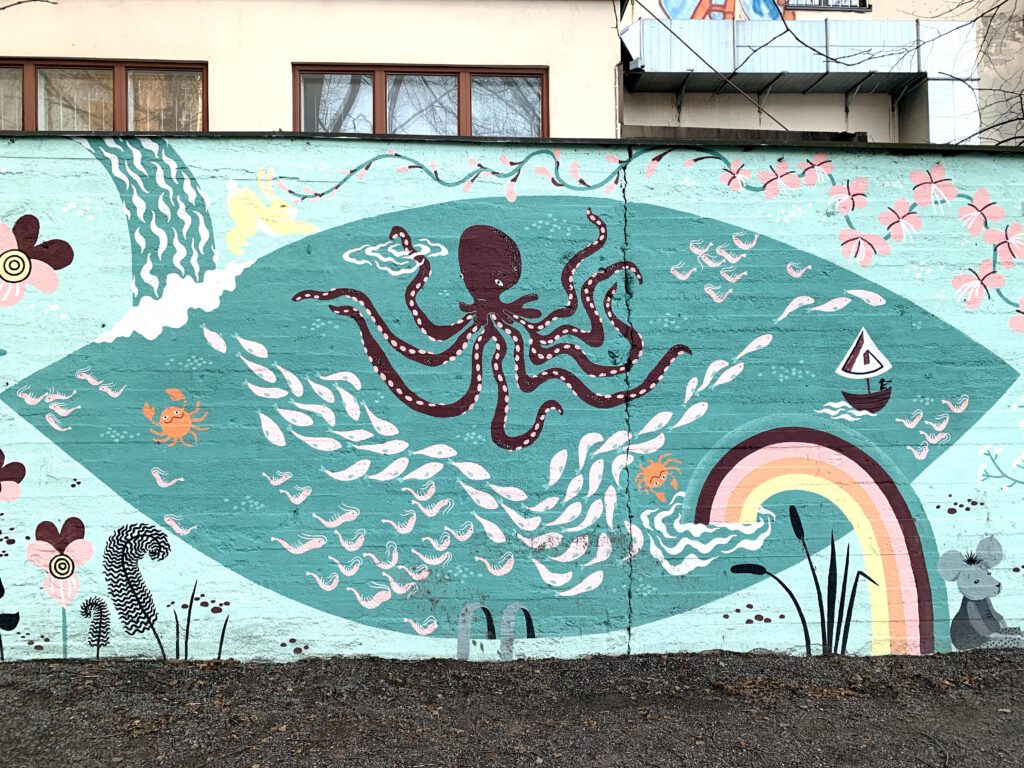 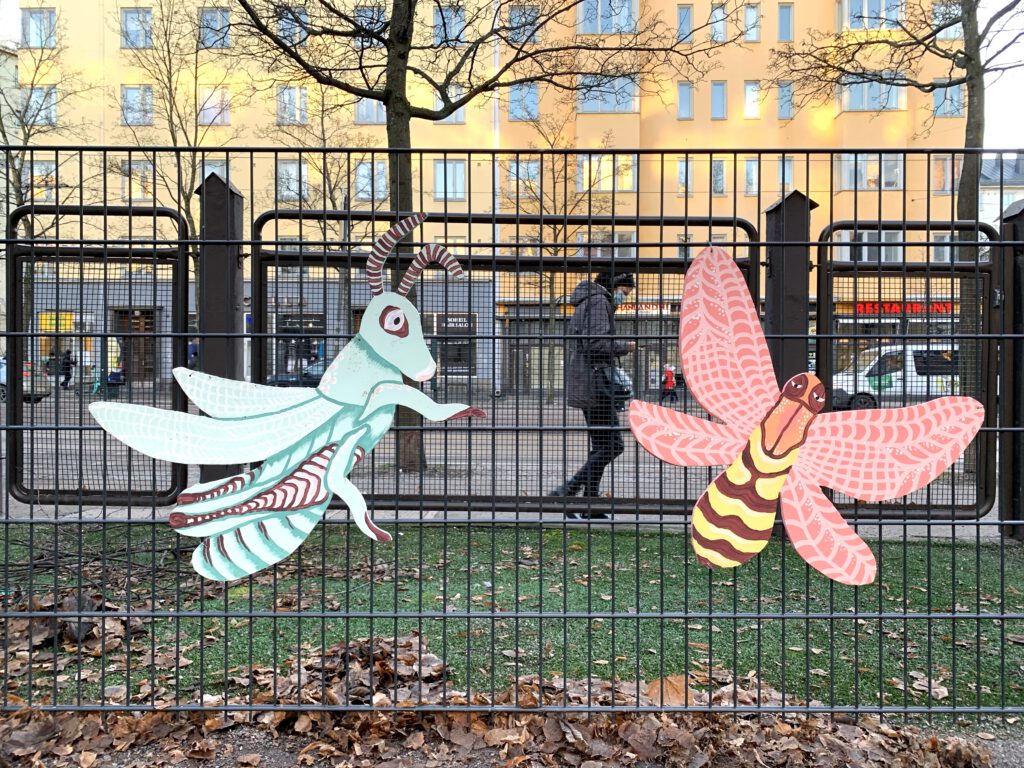 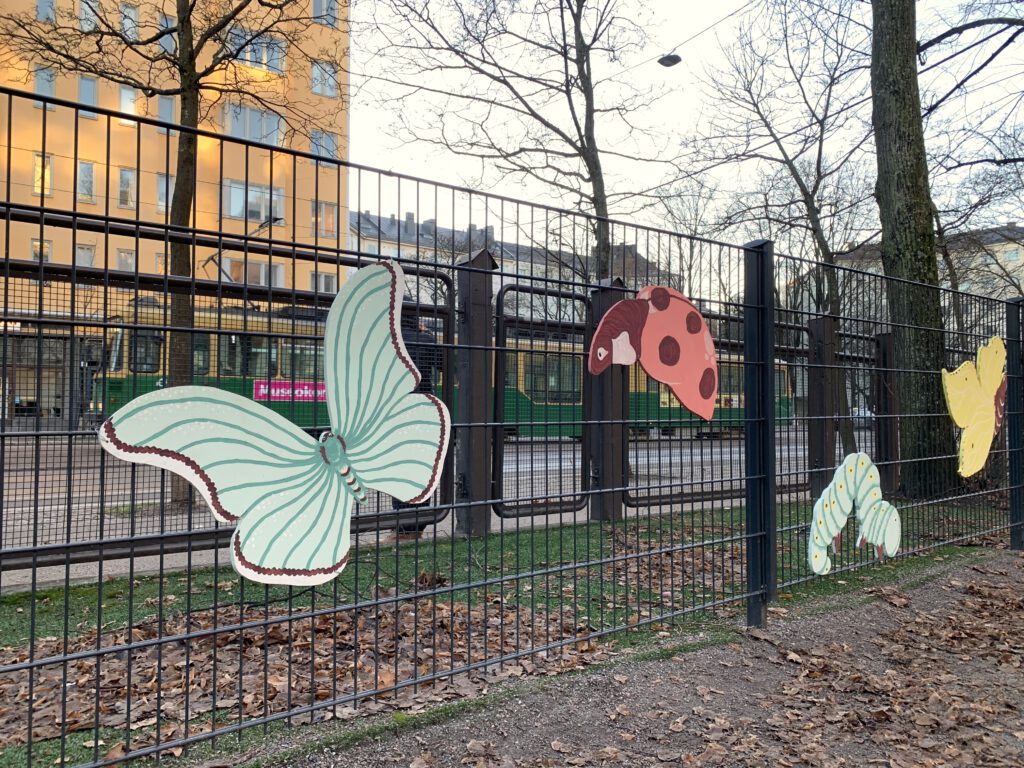