In August 2017, the grey district of Merihaka received a 80 meter long street art piece on the walls of its shared courtyard, made by Essi Ruuskanen and Jukka Hakanen.

Helsinki Urban Art was contacted by a resident from the district of Merihaka already in the December of the previous year, with the wish to get some street art on the grey concrete walls surrounding the yard of the houses. The grey yard had not been utilised at all which the resident hoped a street art piece would change. Throughout the spring the residents got to voice their opinions at a number of residents’ hearings about the themes, colours, and elements they wanted to see in the mural. The requests were considered in the curating and artistic planning of the project. Finnish street artists Essi Ruuskanen and Jukka Hakanen were chosen to paint the piece.

Essi Ruuskanen is a street artist who has been painting in Helsinki, Vantaa, Mäntyharju and Kuopio. The last piece she made before the Merihaka was painted at the station of Martinlaakso in Vantaa. In addition to this, she has painted murals for private houses in Vantaa and Helsinki. Essi Ruuskanen was also making the first ever big mural of Kuopio, alongside Street Art Vantaa, in the autumn of 2016.

Many people in Helsinki know Jukka Hakanen from his mural at Hämeenkatu 128, which made way for the next murals that began to pop up in Helsinki the next years when it was finished in 2015. During his years in street art, Jukka Hakanen has painted in almost every big city in Finland, and internationally in cities such as Paris, Copenhagen and Tallinn. The work of a street artist kept him busy all summer long in 2017 and after the Merihaka mural he continued to Oulu, Lappeenranta and Joensuu.

The walls on Merihaka were divided among the two artists in a manner where Hakanen painted the wall opening towards the field and Ruuskanen painted the longer wall next to the garage. The street art piece located in Haapaniemenkatu 16 can be viewed by anyone, and is accessible through the yard. 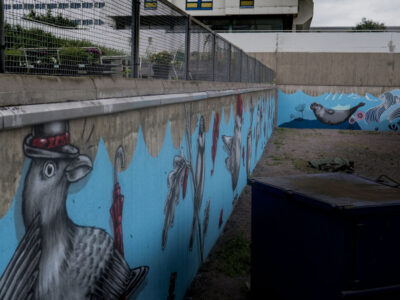 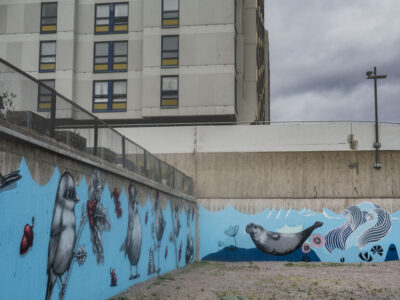 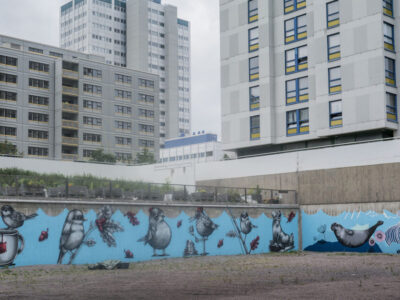 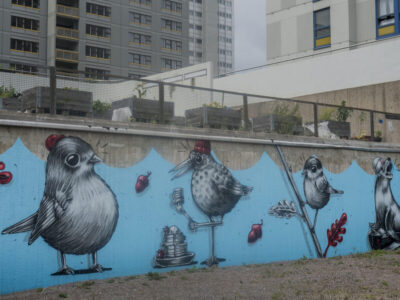 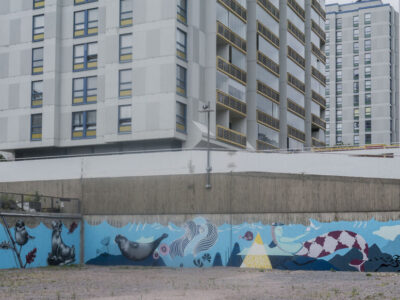 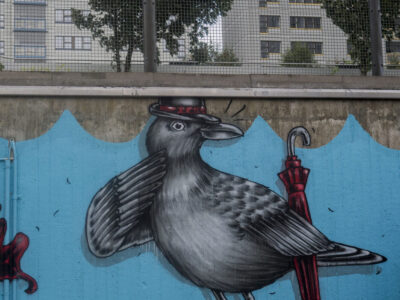 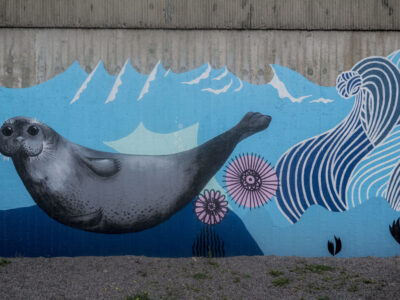 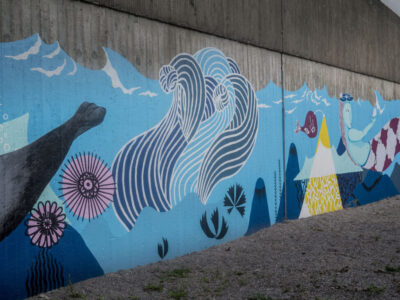