The assisted living building in the neighbourhood of Kannelmäki received a mural in June 2017 by the Argentinian street artist Milu Correch. The piece was partly inspired by the residents of the house, and it shows four of the residents in the middle of a card game.

Milu Correch often spends her summers working in different parts of Europe, and arrived in Helsinki in the beginning of June as part of a longer painting tour. The residents of the assisted living building acted as models for the mural. Correch, who started her career from portraits, says painting people is natural way to tell stories for her.

Milu Correch is known for her painting-like and impressive murals which, in addition to her home country Argentina, she has painted in Portugal, Italy, France, Belgium, The Netherlands and Sweden. From Helsinki she continued her journey to Bulgaria and Italy.

The More Street Art in Helsinki was a project that preceded the founding of Helsinki Urban Art and worked to bring more street art to Helsinki in the years 2015 – 2016. 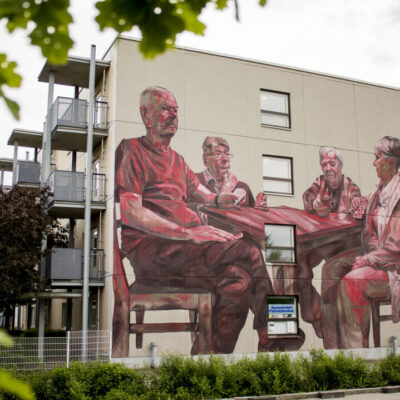 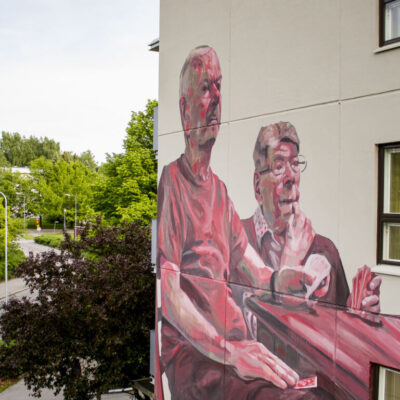 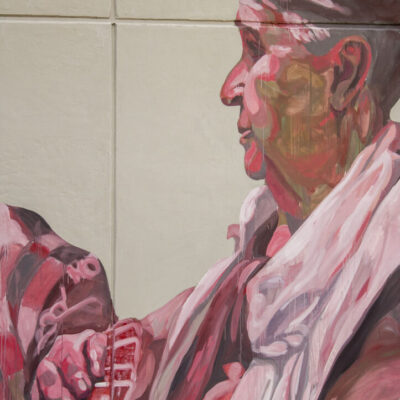 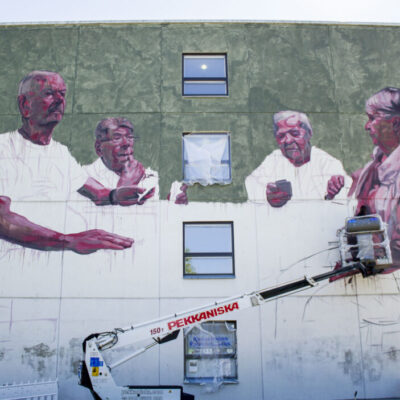 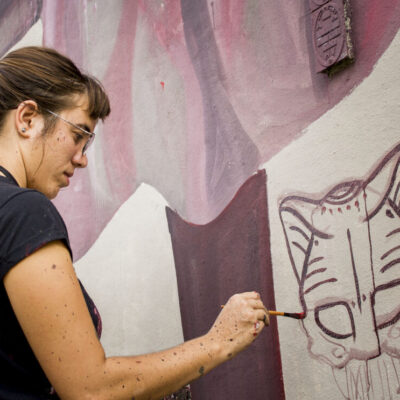 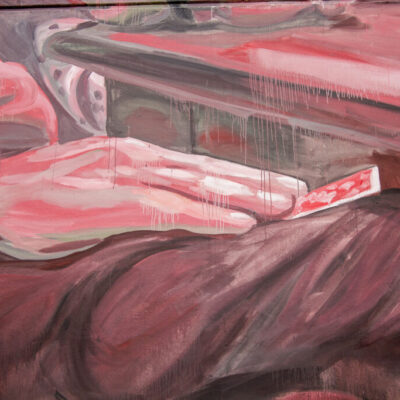