The Polish street artist Otecki was brought to Finland to create a mural onto the wall of a residential building in the Roihuvuori neighbourhood in Helsinki.

Otecki often features animals and different mythical creatures in his works. For this piece, the artist sought inspiration from the animals that have a special meaning to the residents and took influences from the colour scheme of the environment.

The style, the colour palette, and the dreamlike feel of the piece fit the style of houses in this old residential district. The piece looks slightly different during different times of the day and lives with the seasons. The mural has brought a lovely addition to the environment and has become an attraction that people come to see even from a distance.

The mural was created as a part of the More Street Art in Helsinki -project that was funded by the Uusimaa Regional Fund of the Finnish Cultural Foundation. The project advocated for and created more street art in Helsinki in 2015 – 2016 and led to the founding of Helsinki Urban Art. Read more here. 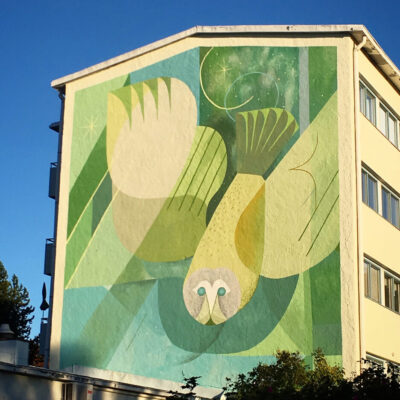 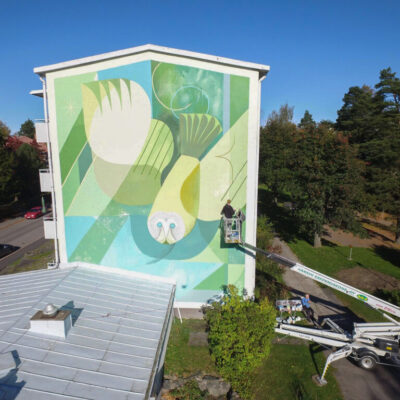 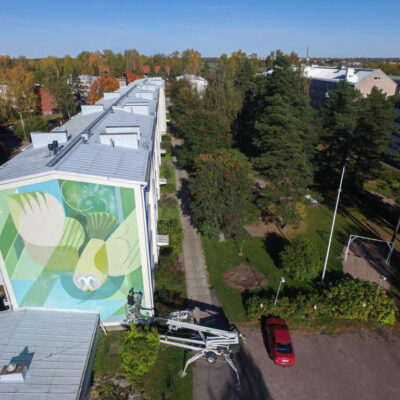