Since the 1980s Pasila has been one of the most important places for the graffiti and street art scene in Helsinki. Now, Tripla Urban Art Wall, which is located at the lobby of Original Sokos Hotel Tripla, is also helping Finnish street artists to show off their skills.

The wall, curated by Helsinki Urban Art, exhibits art by several local artists, who have their roots in street art or graffiti. Many of the artists have also made art on the streets of East Pasila, as well as displayed art in Pasila Urban Art Center at Kasöörinkatu 3.

The three-monthly exhibition presents a variety of artists, trends and styles. The exhibitions feature both original works and prints, and all works are on sale. If you are interested in purchasing art, please contact the hotel lobby or Helsinki Urban Art association for more information.

Reactivity 2.0 is a solo exhibition of recent paintings by Alex Markwith, highlighting the artist’s spontaneous and intuitive approach to abstraction.

Starting with a blank canvas, Markwith begins without a specific idea of how the finished work will look. Each painting is built up in layers using acrylic, spray paint, marker, chalk and other mixed media. Balancing fast and slow movements, every gesture is a response to the previous. The process is both intensely physical and cerebral as the composition emerges in a free-form and unexpected manner, subject to change drastically at any given stage. The canvas is often rotated. The entire surface may be covered at once, and previous paint marks can be scraped off. Roughly drawn grids are sometimes used in contrast with the free-form, organic brushstrokes and spray can marks. The grids allow for different “zones” within the same canvas, where multiple modes of expression can take place. Several works are in progress at any given time, some of which are completed in one or two sessions, whereas others develop gradually over a period of months.

Because there is no reference to external objects, the process of painting becomes a central focus, relying on formal relationships of color, texture, gesture and shape to access the subconscious as a bridge between maker and viewer.

Alex Markwith (b. 1988, USA) is an American visual artist based in Helsinki, where he moved in 2020 after nine years in New York City. Known for his abstract, mixed media paintings and sculptures, he has held solo exhibitions in New York, Paris and Helsinki and has participated in over forty group exhibitions worldwide. Markwith earned his Bachelor of Fine Arts from Rhode Island School of Design, during which he completed the European Honors Program in Rome, Italy. His work is included in numerous private collections and the Museum of Fine Arts, Houston. 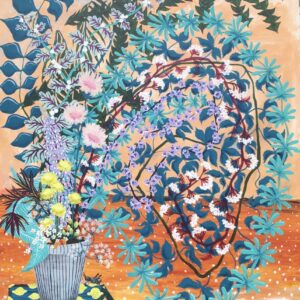 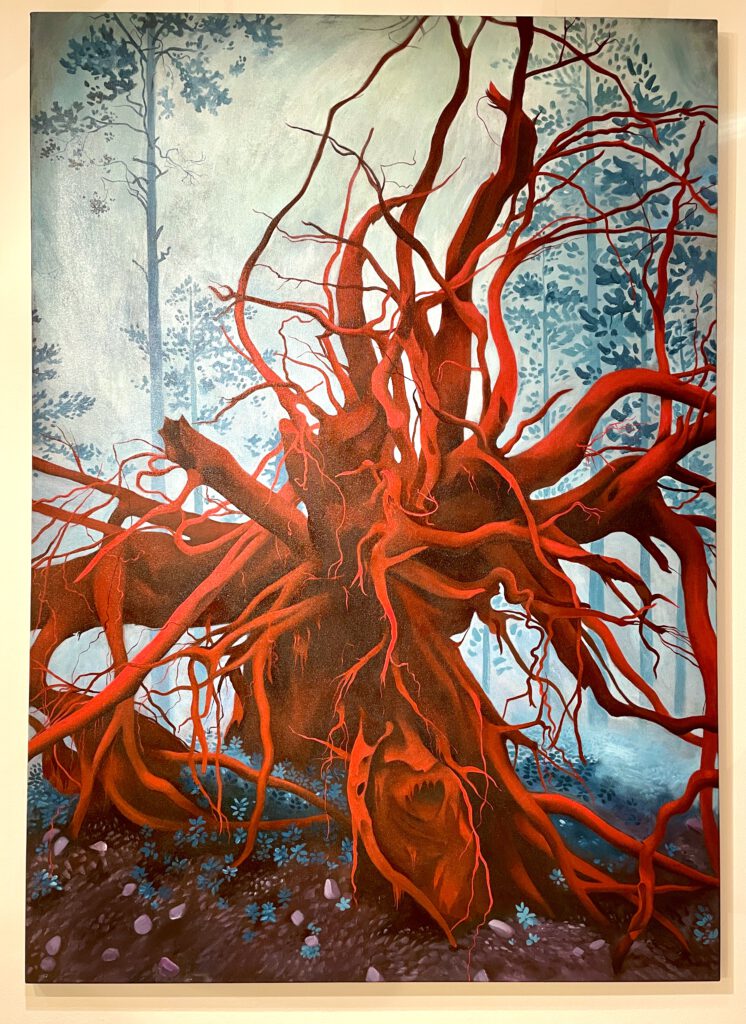 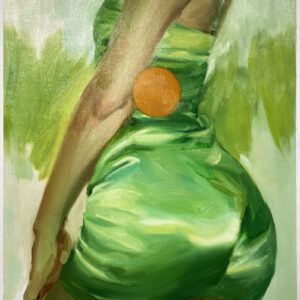 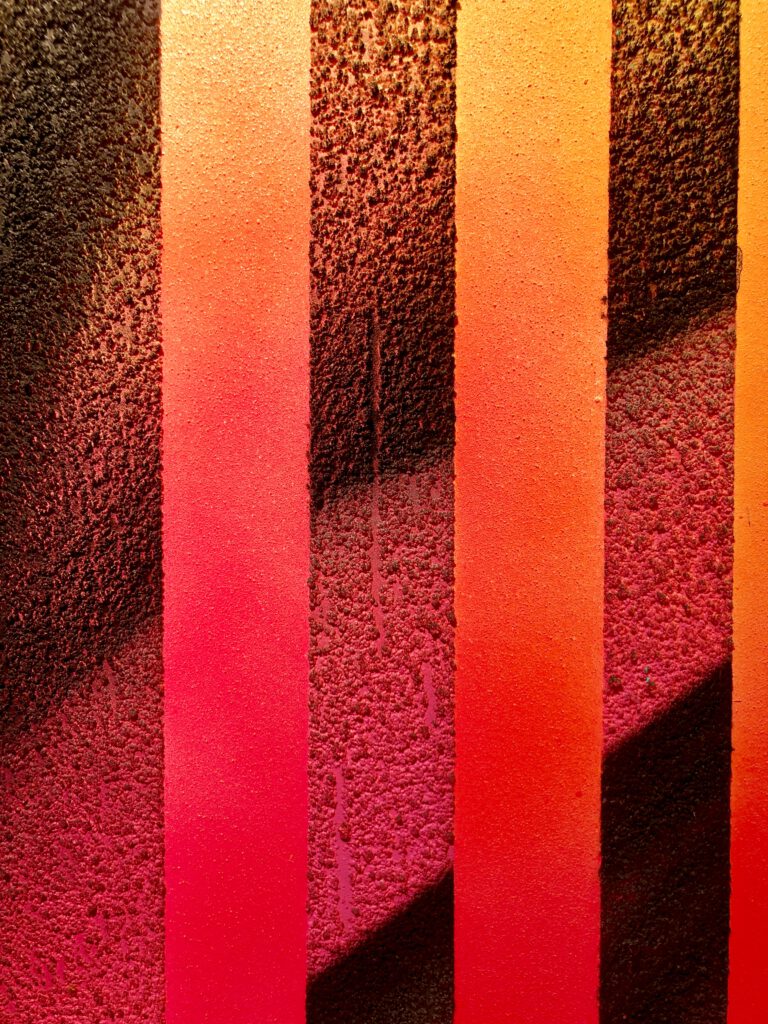 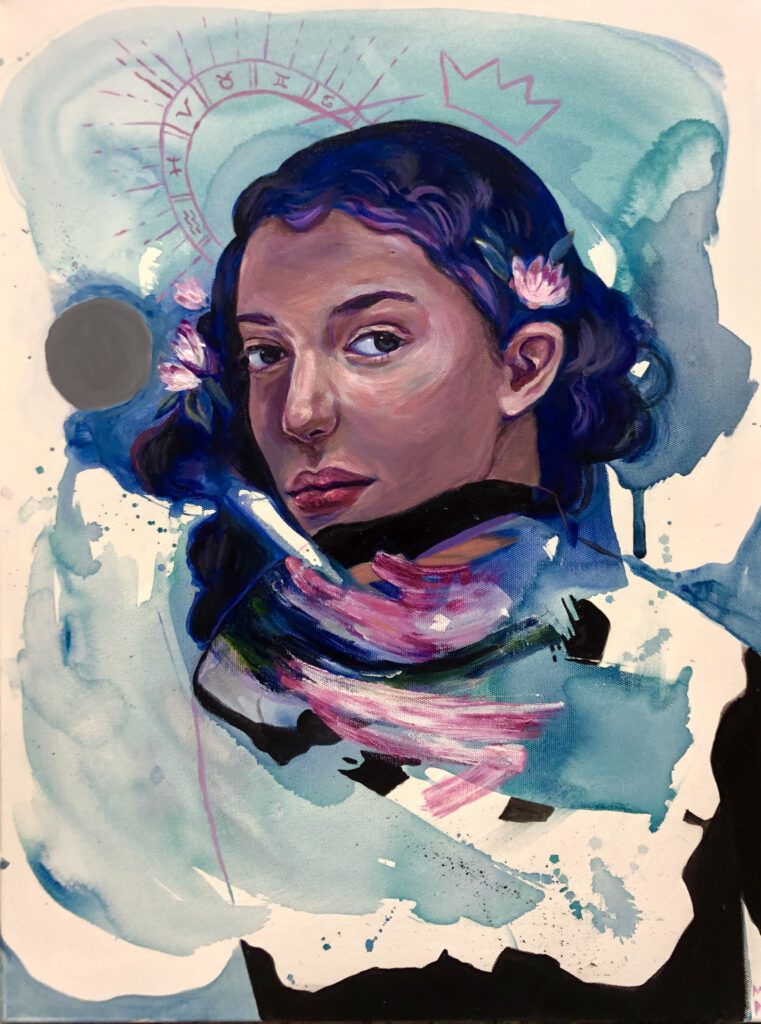 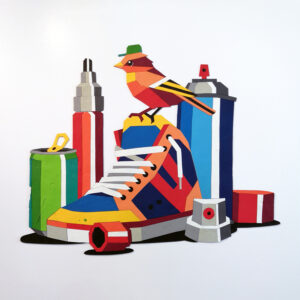 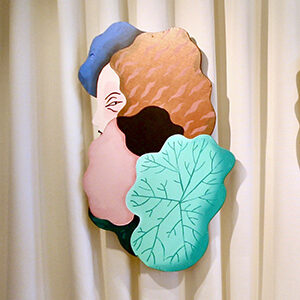 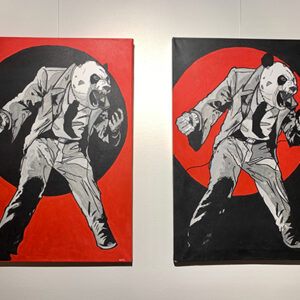