The painting of the area in an around Brahe sports field started in January 2016, when the kindergarten Tapio located next to the field made a wish to get some colour to their grey, gloomy yard. In the summer of 2016, around 30 street art pieces were created to the area surrounding the field by the street art professionals and urban activists of the G-REX street art group and its network. In addition, two participatory workshops directed to young people were organised in the area. The project continued in 2017, by expanding the art to the whole street of Helsinginkatu in the form of colourfully painted electrical boxes. More about Helsinginkatu art project here. 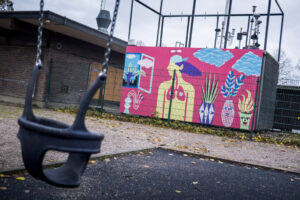 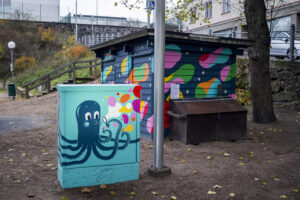 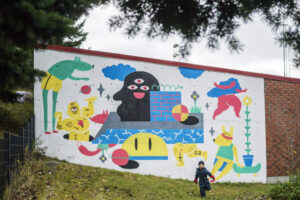 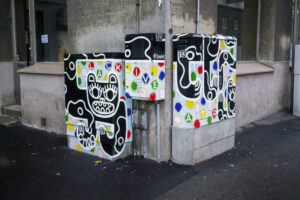 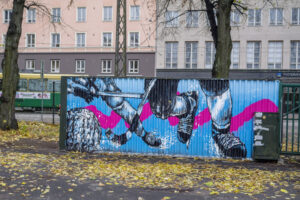 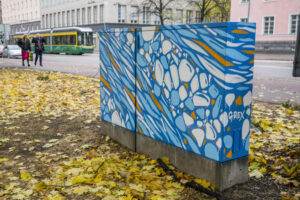 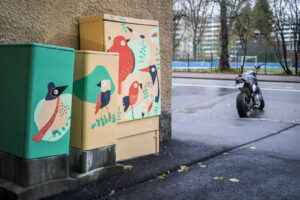 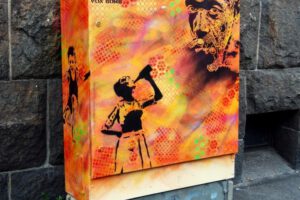