Vaasanpuistikko, Vaasanaukio, Piritori. The locals have given the square in front of the Sörnäinen metro station many names, and in June 2017 in received one more, when a street art piece covering the whole square was made.

The piece Party By The Sea by Laura Lehtinen was painted in a little more than a week to brighten the square, which had previously had quite a grey look. The painting started with open workshops, where anyone could participate in the painting with the help of street art professionals. Throughout the weekend, almost 200 people took part in the workshops – some stayed only for a while and some for the whole weekend.

Lehtinen’s piece was chosen to be painted by a vote organised earlier in the spring, where people got to vote for their favourite amongst three different drafts. Her draft received 473 of the 1 152 votes. The second most votes were given to Paths by Sara Multanen and the third most votes to Whirl by Jukka Peltosaari. The artists had drawn inspiration from the ideas and stories collected from the people of Helsinki earlier in the spring.

The piece starts from the end of Vaasankatu and spreads out to almost the whole square. The lively and playful piece is exceptional in Finland, in terms of its size and execution, and it brings a much needed burst of colour to the square. 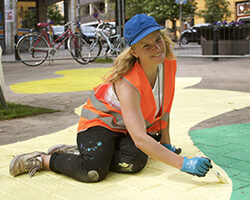 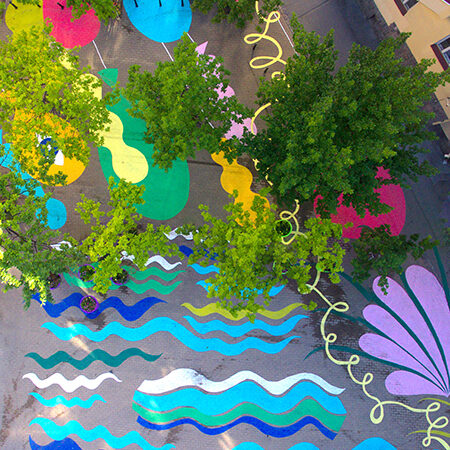 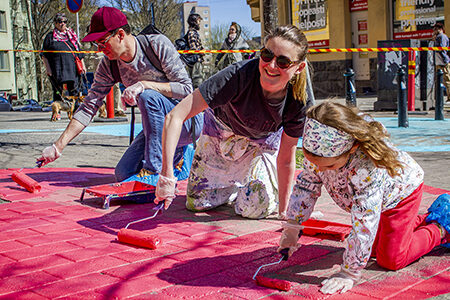